My Scandinavian grandmothers used to say “Uff da” pretty frequently when we visited them in Minnesota. At least it seemed frequent to me. Since I grew up in Atlanta, where absolutely nobody said it, it stood out from the usual “Well, bless your heart!” I always thought of it as a Norwegian “Good Grief!” When my brother and I ate all the ginger cookies minutes before dinner, you might hear an “Uff da!” from my grandmother, Millie. Another thing that was more of a threat than an exclamation was lutefisk. “Kids, we’ll have lutefisk for Christmas when you come up!” Why was it a threat? I will refer to the Urban Dictionary to define lutefisk:

“Disgusting fish dish served anywhere Scandinavian grandmothers lurk, in the U.S. usually on holidays or other “special occasions.” Also makes a frequent appearance on smorgasbords. Best described as fish Jello. Tastes bad and smells worse. Most acidic dish known to man (no joke). Dried codfish is reconstituted in lye (breaking down proteins/any structure), “washed out” with water for a couple of days, and boiled into oblivion. White fish served with a white sauce often on a white plate. Yum! In Minnesota the main event at “lutefisk feeds” organized by the Sons of Norway to benefit the local Lutheran church.”

Fortunately, I only had to eat it once or twice. After that, I knew I had Scandinavian DNA, even if I drank sweet tea and liked fried okra more. I have two Sons of Norway cookbooks in my kitchen to prove it.

So, what they’re really saying is, conservatively, I’m 100% Scandinavian. Ancestors from Norway, Sweden, and Finland. With the results of these DNA tests, I am convinced I’m the descendant of a Viking shield-maiden (skjoldsmøyer). What is a shield maiden? It is a female Viking warrior. If you are familiar with History Channel’s Vikings, Netflix’s Last Kingdom, and (possibly) female warriors in Assassins Creed Valhalla, you know who I’m talking about. I like to think I have qualities similar to Lagertha Lothbrok, the most famous of the shield maidens, a mother and ruler of what will become Norway. Why am I similar? I’m TOUGH. I am a mom. I do what has to be done for my family, without thinking twice, and that says it all.

I may not look tough on the outside, but I am the woman who makes it through the storm.

My husband knows this and had a unique shield maiden necklace made! It’s above on the right and I love it. It is such a precious gift because I know he truly understands.

When you become a Mom, you automatically become the strongest woman you can be. My ancestors ate lutefisk and were fearless enough to sail to distant lands, probably pillaging and plundering. Hopefully, people are more kind, thoughtful, and constructive than back then, but you are still a shieldmaiden and can conquer anything.

Want to know more about shield maidens, valkyries, and female warriors? Check out this EXTENSIVE article at History Curator.

WordPress Note: Working on this blog post motivated me to find a good Feature Picture plugin. Quick Featured Images by Kybernetik Services was by far the best and offered several other functions. self-described as “Your time-saving Swiss army knife for managing tons of featured images within minutes: Set, replace and delete them in bulk, in posts lists and set default images for future posts.” 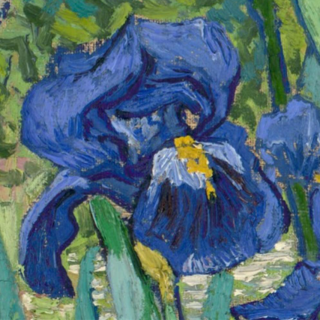 Boy Mom x 3. Almost vegetarian who hikes, kayaks, and dances w/DH. Grew up riding through the mountains in a van with a unicorn on the front. Now always learning WordPress.✌️❤️😁

Hiding in the garland. (Thanks for photo Morgan)

Just plain thankful. Many of my thankful feelings

Guardians of the Galaxy Awesome Mix 1&2! to celebr

This website uses cookies to improve your experience while you navigate through the website. Out of these, the cookies that are categorized as necessary are stored on your browser as they are essential for the working of basic functionalities of the website. We also use third-party cookies that help us analyze and understand how you use this website. These cookies will be stored in your browser only with your consent. You also have the option to opt-out of these cookies. But opting out of some of these cookies may affect your browsing experience.
Necessary Always Enabled
Necessary cookies are absolutely essential for the website to function properly. These cookies ensure basic functionalities and security features of the website, anonymously.
Functional
Functional cookies help to perform certain functionalities like sharing the content of the website on social media platforms, collect feedbacks, and other third-party features.
Performance
Performance cookies are used to understand and analyze the key performance indexes of the website which helps in delivering a better user experience for the visitors.
Analytics
Analytical cookies are used to understand how visitors interact with the website. These cookies help provide information on metrics the number of visitors, bounce rate, traffic source, etc.
Advertisement
Advertisement cookies are used to provide visitors with relevant ads and marketing campaigns. These cookies track visitors across websites and collect information to provide customized ads.
Others
Other uncategorized cookies are those that are being analyzed and have not been classified into a category as yet.
SAVE & ACCEPT
%d bloggers like this: